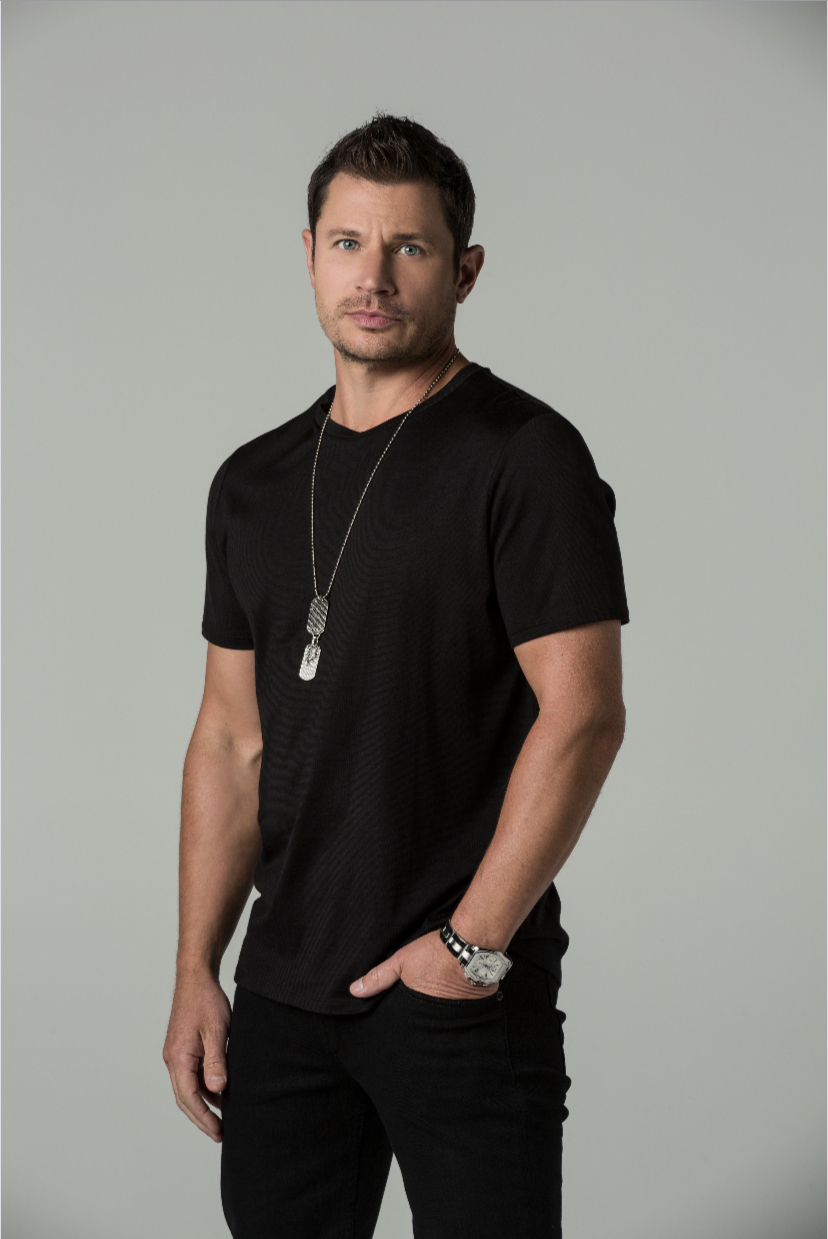 Power of Pink Award Winner: Janet Chambers – I Have Wings

Known for his charming personality and diverse range of projects, NICK LACHEY is not only a multi-hyphenate musician, actor, and producer, but also one of the hottest television hosts in town. Nick rose to fame as the lead singer of the multi-Platinum boy band 98 Degrees, selling more than 10 million records. He also has released four solo albums.
These days, Nick is best known for co-hosting Love is Blind and The Ultimatum with his wife Vanessa Lachey, both of which are massive hits for Netflix. Nick’s long hosting career also includes NBC’s The Sing Off and VH1’s Big Morning Buzz Live, and he can also be seen judging on FOX’s Alter Ego. In 2021, Nick won the fifth season of The Masked Singer as “The Piglet,” showing that he’s still got it!
In addition to Nick’s television and music endeavors, he has also served as a brand ambassador on a number of prominent brand deals, including McCormick’s “Grill Mates” campaign, Subway’s “Ugly Veggies” campaign, and the Lay’s “Do Us a Flavor” campaign, to name a few.
Nick also remains a constant advocate for children’s and humanitarian causes through his work with organizations including Autism Speaks, Feeding America, Make-a-Wish Foundation, The Boys & Girls Club, Big Brothers Big Sisters, Juvenile Diabetes Research Foundation (JDRF), VH-1 Save The Music, The Cincinnati Children’s Hospital and The Cincinnati School for Performing Arts. He is also founder and President of The Nick Lachey Foundation, a 501(c)3 non-profit organization dedicated to helping children, families, and communities in need throughout the United States.
Nick was raised in Cincinnati, Ohio and attended the School for Creative and Performing Arts (SCPA), University of Southern California, and Miami University. Nick currently resides in Honolulu, Hawaii with his wife and three children.

POWER OF PINK AWARD
The Power of Pink Award was created in 2007 to honor the outstanding efforts of a Tri-State individual or organization that has used their first or second-hand experience with breast cancer to give back to the community. The award recognizes valuable and often unnoticed people who dedicate their time to promoting breast health.

On March 15 2013 Tammy Schroder was diagnosed with stage 3 breast cancer and it dramatically changed her life. As she faced a mastectomy, chemo and radiation, she looked for a reason that this  had happened to her. Her dear friend Janet would tell her daily, as she nursed her friend back to health, that God had a reason and she would find her purpose.

At the end of her radiation course, her Doctor announced that she and her husband  (also a radiation oncologist) would be moving to Pikeville, Kentucky to serve cancer patients. At that moment, she knew what God had in store for her life. Given this platform, she began asking for help through Facebook or anyone who would listen.  For the past 7 years the donations by friends, family and community have been nothing short of amazing.    Through her non – profit, the Bobby G and Me Foundation, she has delivered well over 100,000.00 in care bags, wigs, clothing, shoes, purses, bras, food and Walmart gift cards to help people struggling with cancer.

2019 – Dr. Karen Columbus
Born and raised in New Jersey, Dr. Columbus conducted her undergraduate education at Cornell University followed by medical school at Albert Einstein College of Medicine in NY. She then completed a general surgery residency at Thomas Jefferson University Hospital in Philadelphia. After finishing general surgery training along with her husband, she moved to Cincinnati so that he could continue to train as a plastic surgeon and she could start her practice as a breast surgeon. Since 1990 she has been caring for women with breast disease and treating breast cancer here in Cincinnati. She has dedicated her life to breast cancer issues and plans to retire in September.

2018 – Andy Grammer
Andy Grammer doubled as the entertainer and the Power of Pink recipient for the 17th Annual Pink Ribbon Luncheon. Grammer became a champion of breast cancer awareness and the importance of early detection after he lost his mother, Kathy Grammer, to breast cancer several years ago.  In partnership with AutoNation on his The Good Parts Tour, he donated $5 from every ticket sale to the Breast Cancer Research Foundation.

2016 – Calysta Bevier
Calysta received the 2016 Power of Pink Award for inspiring the nation with her courage and determination. At the age of 15, she was diagnosed with stage 3 overian cancer. After 21 chemo treatments and much love and support from her friends and family, she is now in remission and on a mission! She has appeared on The Ellen Degeneres Show, advanced to the semi-finals of America’s Got Talent, and started her own foundation to support those fighting cancer. Her philosophy: “No matter what you’ve gone through, keep chasing your dreams.”

2015 – Jeanne Sheldon
Jeanne Sheldon is the owner of Allusions, which specializes in hair loss solutions.  When her mother and sister went through chemotherapy, Jeanne saw how difficult it was for them when they began losing their hair.  Knowing the impact a beautiful wig can have, Jeanne was inspired to ease some of the pain of battling cancer.  Jeanne and the Allusions staff have helped many breast cancer patients cope with hair loss by providing high quality wigs.

2014 – Geralyn Lucas
Since her own battle with breast cancer, Geralyn has been committed to educating women on the disease and promoting early detection. Through her writing, Geralyn has inspired women with her positive attitude and sense of humor. Her first book, Why I Wore Lipstick to My Mastectomy, describes her experience as she overcame the many challenges associated with breast cancer. Her latest book, Then Came Life, which she introduced at the pre-luncheon discussion, reflects on life after breast cancer.

On a local level, the organization worked with the University of Cincinnati and the Cincinnati Children’s Hospital on the Cincinnati Breast Cancer and Environmental Research Center. On the “Wall of Hope”, a traveling exhibit promoting survivorship, the BCA displayed photographs and personal messages of area survivors.

For more information about the Karen Wellington Memorial Foundation, visit http://karenwellingtonfoundation.org/ or find them on Facebook.

2010 – The Wellness Community, now Cancer Support Community
The Wellness Community offers support and stress management to cancer patients and their loved ones.  A friend of the Pink Ribbon wrote, “The Wellness Center is a place where support flows in an infinite circular motion, where those who receive support find themselves also providing support to others. It’s a place that is inundated with positive energy, where I learned to live and even dance with the diagnosis.”

2009 – Cathy Halloran
Cathy’s own battle with breast cancer drove her to create Chicks and Chucks, a non-profit organization that provides financial and emotional support to women diagnosed with the disease. For more information on Chicks and Chucks, visit http://chicksandchucks.org/.

For more information on the Pink Ribbon Girls, visit http://www.pinkribbongirls.org/.