At the Queen City Classic Simul Reception, CCPF presents the annual Shining Knight Award, which was created in 2010 to recognize deserving individuals for their commitment to their communities.  Over the years, we have recognized a diverse group of people who share a common passion: improving the lives of others and being a positive role model to the children they serve. This year we make the move to continue the tradition of honoring the Shining Knight virtually.

Jerald Times is a native New Yorker and a Harlemite. Jerald was also a youth chess player and started playing chess at age eleven! He became the Harlem Chess Champion at age fourteen. In 2002, he was designated Chess Master by FIDE, the World Federation of Chess. He was the winner of Seven National Chess Championships from 1993 – 2007. In 2010, Jerald was sent by the MacEnulty Foundation to teach chess in the townships of South Africa. Within a year, Jerald rose from township teacher to become National Coach of the country. This experience led to the birth of his project Chess Across Borders, finding common ground through the game of chess. In 2019, Times became the Chess Director of Success Academy Charter Schools. While Director, he wrote their curriculum singlehandedly and led their teams to four national titles. In 2021, he was recognized as Chess Instructor of the year. 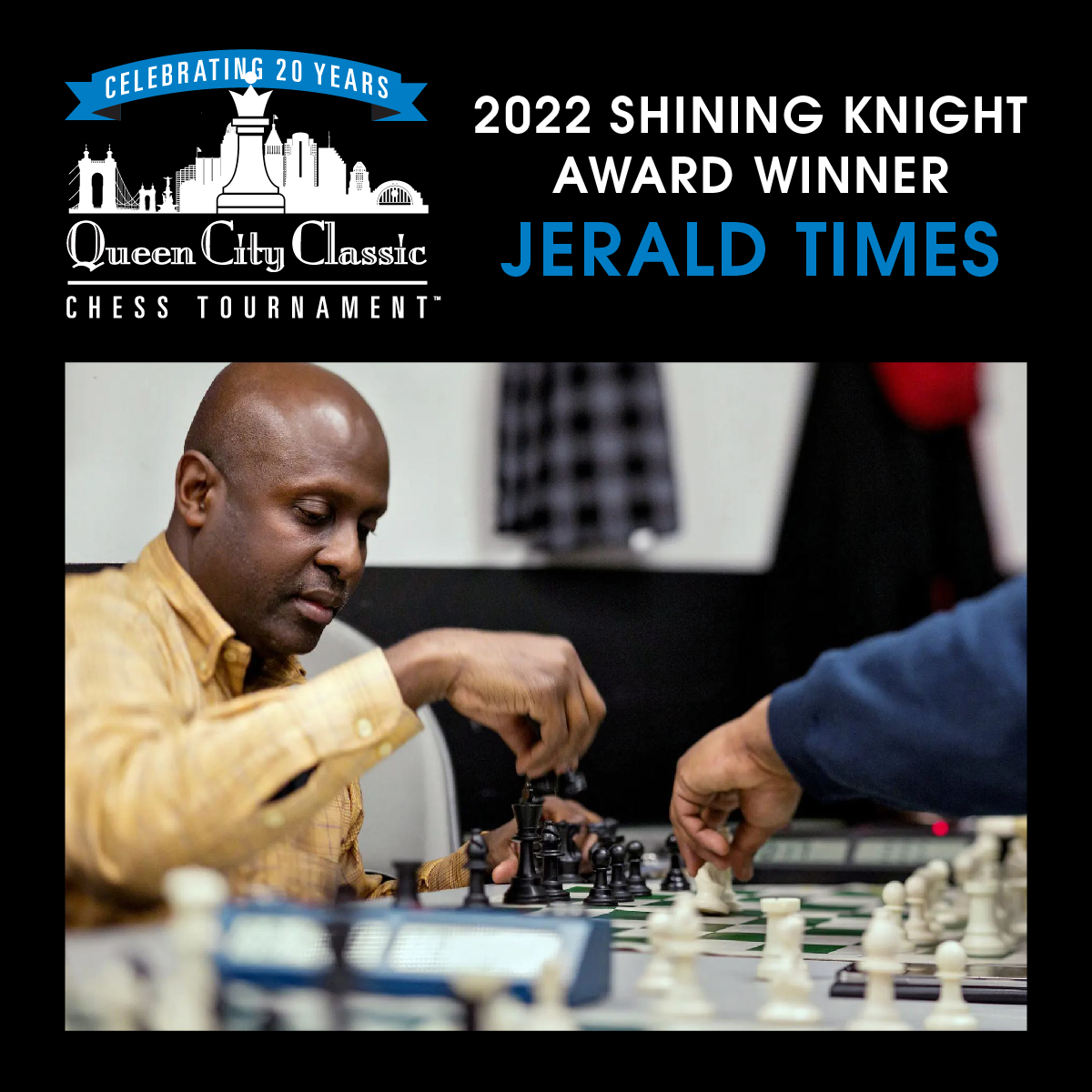